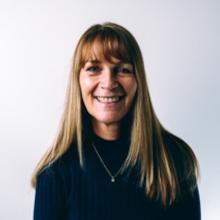 Di is a professional coach and mentor, with over 30 years’ experience of working in the public sector and policing, across a range of operational and senior leadership roles. She has led large teams across both geographical and functional areas, with responsibility for managing budgets, performance and developing teams and individuals. As the lead for improving gender equality within her organisation, Di actively promotes diversity and has a good understanding of some of the issues facing people from under-represented groups. She is also a mum with a son, daughter, and two stepdaughters and has experienced first-hand, the challenges of combining a career with parenthood, operating within a 24/7, male dominated environment. Believing in the value of working collaboratively with others, Di has a proven background in building relationships and achieving positive outcomes through successful partnerships.

Di is passionate about supporting others. Her coaching approach is person-centred, believing that given the right environment and support, everyone has the capability within themselves to develop and grow as an individual, improve their performance and achieve their full potential.

Her coaching style is insightful and intuitive. She is empathic and non-judgemental, actively listening and supporting, whilst at the same time appropriately challenging clients to move forward and be the best they can be. She uses a range of coaching methods and will flex her approach according to the individual client’s needs.

Di is qualified as an ILM level 7 Executive Coach and Mentor and is committed to continuing to enhance and grow her skills as a coach. In July 2020 she completed the Time to Think, Thinking Partnership course, and in January 2021 she completed the Neuroscience Academy course in Applied Neuroscience and Brain Health and incorporates this learning and techniques into her work where appropriate.

Di is an Associate Coach with the College of Policing, coaching senior police officers and staff from under- represented groups in policing.

During her 34 years career in policing, Di worked through the ranks in a variety of roles, finishing her career as Assistant Chief Constable responsible for People Services across Surrey and Sussex Police. Prior to this she was a Chief Superintendent in the role of Divisional Commander, with responsibility for the policing of East Sussex Division, managing large teams, budgets and performance and working closely with other strategic partners.

Di was a Strategic Firearms commander and was a “Gold commander”, having oversight of both pre-planned and spontaneous firearms incidents and other critical incidents across the Sussex Police area

Di was the lead on Mental Health for the Sussex Police and working in partnership with others, she led on the introduction of the Mental Health Street Triage programme into Sussex, significantly improving the policing response to people in mental health crisis and reducing the number of people in MH crisis detained in police custody.

Di was the Chair of “Evolve”, the Sussex Police Gender Equality network, supporting women in policing and leading on work to understand and overcome the barriers to increasing representation of women in senior positions and under-represented roles. She led the team organising the National Senior Women in Policing conference in 2017, with over 300 delegates attending the highly successful 3 day event focused on improving diversity in policing.

In recognition of her work on Street Triage, she was nominated by listeners and awarded the “Emergency Services award” in the Sovereign radio annual awards.

She received recognition in the Police Superintendents Association national awards, winning the “Diversity” category for her work to improve gender equality in Sussex Police, and her work on Street Triage.